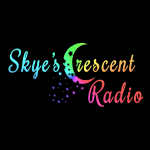 The association of musical keys with specific emotional or qualitative characteristic was fairly common prior to the 20th century. It was part of the shared cultural experience of those who made, performed and listened to music. When Mozart or Beethoven or Schubert wrote a piece in a Ab major, for example, they were well aware of this was the ‘key of the grave’ and knew that many in their audiences were as well. We lose a part of the meaning of their music if we are ignorant of their affective choices. Although these characteristics were, of course, subjective, it was possible to conceive of each key as unique because each key actually sounded distinct within unequal temperaments. When equal temperament became the dominant tuning after 1917, the aural quality of every key became the same, and therefore these affective characteristics are mostly lost to us. (See Piano’s Ivory Cage) One of the most influential descriptions of characteristics shared in German-speaking cultures in the late 18th and early 19th century was from from Christian Schubart’s Ideen zu einer Aesthetik der Tonkunst (1806):

C Minor
Declaration of love and at the same time the lament of unhappy love. All languishing, longing, sighing of the love-sick soul lies in this key.

D♭ Major
A leering key, degenerating into grief and rapture. It cannot laugh, but it can smile; it cannot howl, but it can at least grimace its crying.–Consequently only unusual characters and feelings can be brought out in this key.

C# Minor
Penitential lamentation, intimate conversation with God, the friend and help-meet of life; sighs of disappointed friendship and love lie in its radius.

D Major
The key of triumph, of Hallejuahs, of war-cries, of victory-rejoicing. Thus, the inviting symphonies, the marches, holiday songs and heaven-rejoicing choruses are set in this key.

E♭ Major
The key of love, of devotion, of intimate conversation with God.

D# Minor
Feelings of the anxiety of the soul’s deepest distress, of brooding despair, of blackest depresssion, of the most gloomy condition of the soul. Every fear, every hesitation of the shuddering heart, breathes out of horrible D# minor. If ghosts could speak, their speech would approximate this key.

F# Major
Triumph over difficulty, free sigh of relief utered when hurdles are surmounted; echo of a soul which has fiercely struggled and finally conquered lies in all uses of this key.

F# Minor
A gloomy key: it tugs at passion as a dog biting a dress. Resentment and discontent are its language.

G Major
Everything rustic, idyllic and lyrical, every calm and satisfied passion, every tender gratitude for true friendship and faithful love,–in a word every gentle and peaceful emotion of the heart is correctly expressed by this key.

G Minor
Discontent, uneasiness, worry about a failed scheme; bad-tempered gnashing of teeth; in a word: resentment and dislike.

A♭ Minor
Grumbler, heart squeezed until it suffocates; wailing lament, difficult struggle; in a word, the color of this key is everything struggling with difficulty.

A Major
This key includes declarations of innocent love, satisfaction with one’s state of affairs; hope of seeing one’s beloved again when parting; youthful cheerfulness and trust in God.

A minor
Pious womanliness and tenderness of character.

B♭ minor
A quaint creature, often dressed in the garment of night. It is somewhat surly and very seldom takes on a pleasant countenance. Mocking God and the world; discontented with itself and with everything; preparation for suicide sounds in this key.

B Major
Strongly coloured, announcing wild passions, composed from the most glaring coulors. Anger, rage, jealousy, fury, despair and every burden of the heart lies in its sphere.

B Minor
This is as it were the key of patience, of calm awaiting ones’s fate and of submission to divine dispensation.

Translated by Rita Steblin in A History of Key Characteristics in the 18th and Early 19th Centuries. UMI Research Press (1983).

Name That Tune on the Yellow Happy Mini Guitar with Jade Zabric!